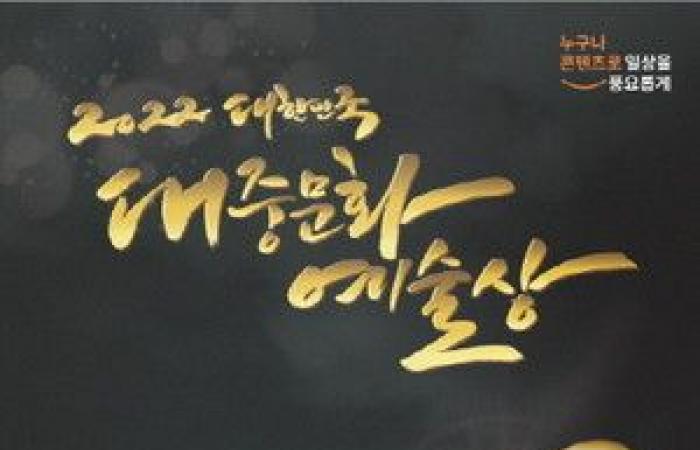 Hosted by the Ministry of Culture, Sports and Tourism and supervised by the Korea Creative Content Agency, the ‘Korea Popular Culture and Arts Award’ is an award created to encourage those who contributed to the development of the popular culture industry and the spread of the Korean Wave while raising the social status of popular culture and arts. It is awarded every year.

Popular culture and art is a core field of the contents industry that moves the hearts of not only domestic but also global people, gains sympathy, raises the national image, and drives exports. are doing

In order to express gratitude to those who contributed to the development of popular culture and arts, the Ministry of Culture, Sports and Tourism selects award candidates through a public contest and expert recommendation, and comprehensively examines the candidates’ training period, domestic and foreign activity performance, related industry contributions, and social contributions. A total of 28 people (teams) are selected, including ■ Order of Cultural Merit (5 people), ■ Presidential Citation (6 people), ■ Prime Minister Citation (8 people/team), ■ Minister of Culture, Sports and Tourism (9 people/team).

The biggest honor at this year’s awards ceremony, the Silver Crown Order of Cultural Merit, is directed by Park Chan-wook, who won the Best Director Award at the Cannes International Film Festival for his film and set the record for the most awards as a Korean filmmaker at the Cannes International Film Festival. Debuted in 1969 at the age of 3 in Venice ‘Korea’s first world star’ actress Kang Soo-yeon, the first Korean to receive the best actress award at an international film festival, will be honored.

Custodian Cultural Merit ■ Actor Song Kang-ho, who became the first Korean to win the Best Actor Award at the Cannes International Film Festival for his film ■ In 1987, he debuted as a writer at the KBS TV Literature Center and then starred in popular dramas such as . Written by Park Jin-sook ■Writer Heo Young-man, who has created various cartoons that have been adapted into movies and dramas, such as , , , , , etc.

The awards ceremony will be broadcast live online through the Korea Creative Content Agency and ‘The K-pop’ YouTube channel, and will be aired on December 3 (Sat) at 9:00 pm on the SBS Fil channel and on December 4 (Sun) at 10:00 pm SBS It is broadcast on M channel. For more information about the awards ceremony, visit the Popular Culture and Arts Awards Facebook page.

A policy manager at the Ministry of Culture, Sports and Tourism said, “Now, K-content is being evaluated as a key factor in changing Korea’s economic map. Today’s award ceremony is a meaningful occasion to express gratitude to those who have dedicated themselves to raising the status of K-content,” he explained. “The government will continue to create an ecosystem where pop culture artists can fully demonstrate their talents and capabilities, and We will spare no policy support to create an environment where we can continue to be loved by the world.”