As you live, there are times when you encounter a person whose mood changes drastically around you. In the morning, a person who seemed to be in a good mood may complain of depression in the evening as if it had never happened.

If you repeat these rapid ‘up and down’ is called manic depression. Because bipolar disorder is related to emotional ups and downs, there is an opinion that it can be solved simply by making up your mind, but this is not a fundamental treatment plan.

How should bipolar disorder be accepted and treated? Professor Park Won-myeong of the Department of Mental Health at Yeouido St. Mary’s Hospital revealed the various aspects of bipolar disorder in an interview with Health Chosun.

◇ There is a difference from simple depression

Manic depression is scientifically referred to as bipolar disorder. Bipolar disorder refers to a mental disorder in which depressed or elevated moods persist for a considerable period of time.

Professor Park explained that the symptoms differ from person to person, noting that some people with bipolar disorder develop depression first, while others show mania first.

◇ Must be distinguished from simple emotional ups and downs

Professor Park explained how to differentiate between bipolar disorder and simple mood swings. The part he focused on was ‘duration’ and ‘severity’.

Professor Park said, “Even when you feel high for no reason for 2 to 3 days, you should keep a close eye on it because it could be mania that occurs in bipolar disorder.”

Since the main purpose of treatment for bipolar disorder is to control emotions that run to both extremes, mood stabilizers are mainly used for treatment.

Professor Park mentioned that bipolar disorder cannot be treated with psychotherapy alone, such as counseling. Counseling and treatment can be combined, but the first treatment is medication.

He said to those who are hesitant about treatment, ‘Just as a person with a fever should be given antipyretics to reduce the fever, bipolar disorder must be treated by taking medicine.’ recommended for treatment.

Tags: youre feeling down .. 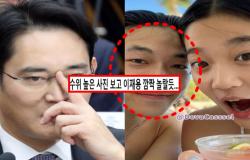